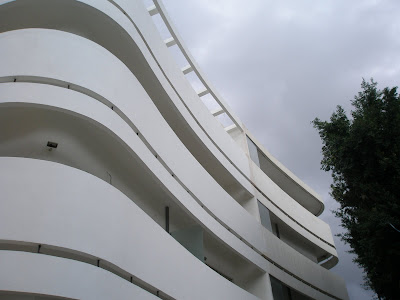 Tel Aviv—The rise of the new city of Tel Aviv and the Bauhaus school in Germany was an extraordinary confluence of events in the early years of the 20th century. Jews fleeing Europe seeking a new start and break from the past underpinned by a socialistic fervor. A school of architectural thought promoting new building technology, clean design devoid of non-functional ornament and using architecture and design to solve social problems. It didn’t hurt that many of the Jews fleeing to Palestine were architects who studied under the Bauhaus masters Walter Gropius, Hans Meyer and Mies van de Rohe until the rise of the Nazis in 1933. Many of the architects coming to Tel Aviv’s Mediterranean shores were also influenced by the work and ideas of Le Corbusier. In 2003, UNESCO named the “White City“of Tel Aviv a World Cultural Heritage site. As you walk around Tel Aviv, the “White City” moniker is not always apt. Many of the 4,000 International-style buildings need repair, but that is not cheap. According to the Bauhaus Center’s audio tour I did, it costs $250,000 to restore the exterior of these buildings. Here are some initial shots from my tour. More to come. 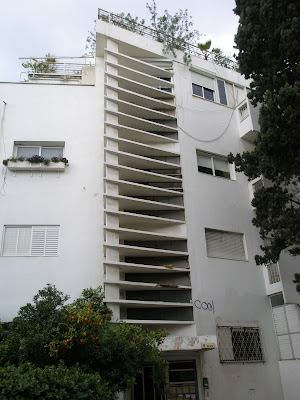 Pictured above and below is the 1936 “Thermometer House,” designed by Yehuda Lulka. While one of the key principles of Bauhaus/International Style architecture is a lack of ornament, the architects in Tel Aviv incorporated ornamental features with function. The thermometer-style window allows light into the stairway so electricity is not needed during the day. 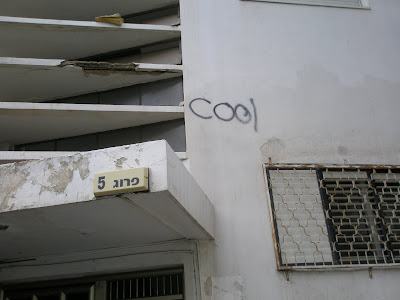 From the close up, you can see the work that needs to be done on the exterior at the house at 5 Frug St. 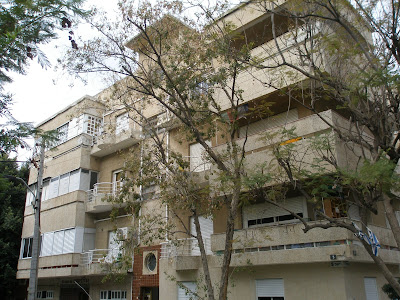 Balconies are a major feature of the Tel Aviv architecture style. The slits in the balcony are not only visually interesting but are important in letting in the cool Mediterranean breezes into the hot apartments. Also notice the round window over the front door–a nod to the windows on ships, which represented the height of modernity and technology at the time. The tiles around the entrance way is not just a decorative flourish. Jews fleeing Europe were often not allowed to bring money, so they invested their money in goods they could carry, including ceramic tile. 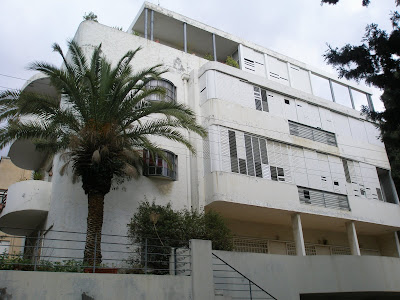