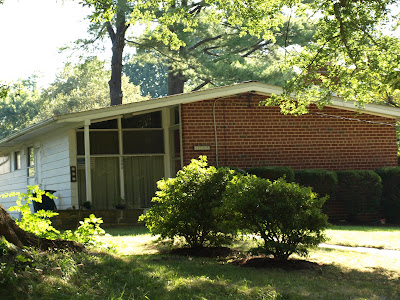 Miller was a leading force at Catholic University’s school of architecture and a fellow of the American Institute of Architects, which presented him with more than 40 awards during his career. His honors included the 1997 Centennial Award from the Washington chapter of the AIA and awards recognizing his designs for dozens of projects, including this flat-roof MCM in D.C. I wrote about here. (The 1962 home on Tilden Street has dropped $90K to $1.595 million.)

Architectural historian Elizabeth Jo Lampl writes that the homes on Richland with their “wood exteriors and large sections of fixed glass sliders below … have been mistaken for Goodman houses but exhibit a more restrained use of glass.” I did not see any for sale when I drove through the neighborhood. 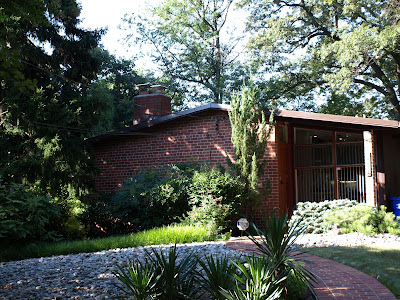 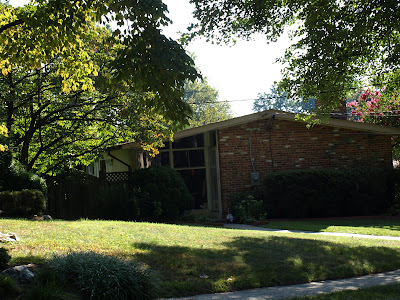