I’m launching a new feature, Modern Snapshot, which will highlight mid-century modern buildings in our area that are not only still standing, but still being used on a daily basis–a school, church, library or some other type of space. If you have suggestions, ideas or submissions (with pictures), please send here.

The first building I’m featuring is the Whittier Woods School located on Whittier Boulevard in Bethesda. Attributed to Charles Goodman, the 1950s-era school, now the Kenwood Park Children’s Center at Whittier Woods Center, is brick with lots of glass and examples of colored exterior panels Goodman often incorporated into his designs. While the building has been expanded, it appears that the original structure was retained with the new section simply attached to the existing building. Achitectural historian Elizabeth Jo Lampl, in her writings on Goodman, says the school was originally called Kenwood Park School. I found a reference to the school as Whittier Woods from the early 1960s. The letters spelling out the school’s name, which appear to be original, indicate that the name was changed when that cool, very MCM typeface was still being used. 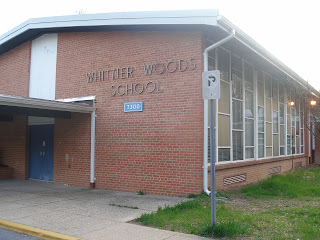 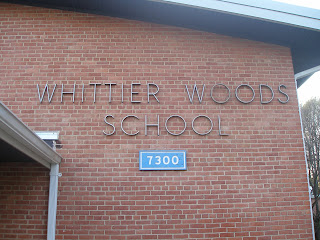 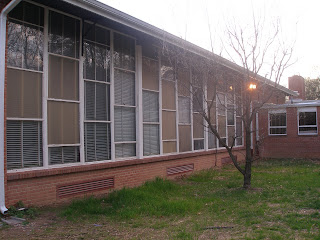 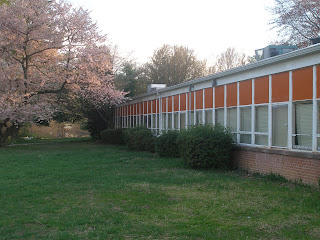